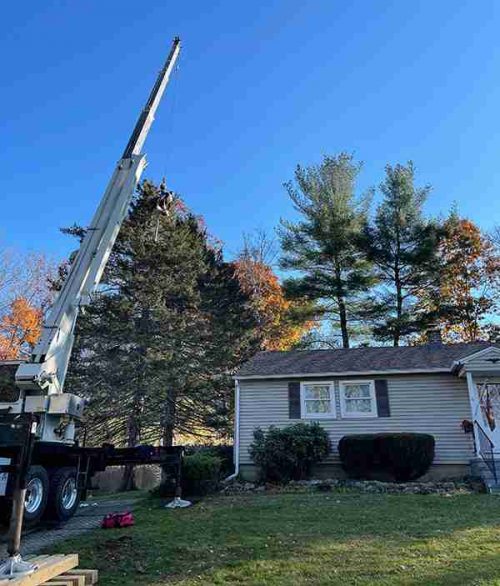 Jayne called us to remove the two Spruce trees to the left of her house as she felt they had gotten too large for the area and had served their purpose. Upon review of the property, we pointed out that the two large White Pine trees behind the house were a bit threatening given their size and where they were growing up on a wall.

We came in and removed both Spruce trees and White Pine trees with a crane to ensure there was no turf damage as well as to ease in the large White Pine removals as they were right against a fence.